Beyond tooth decay: why good dental hygiene is important 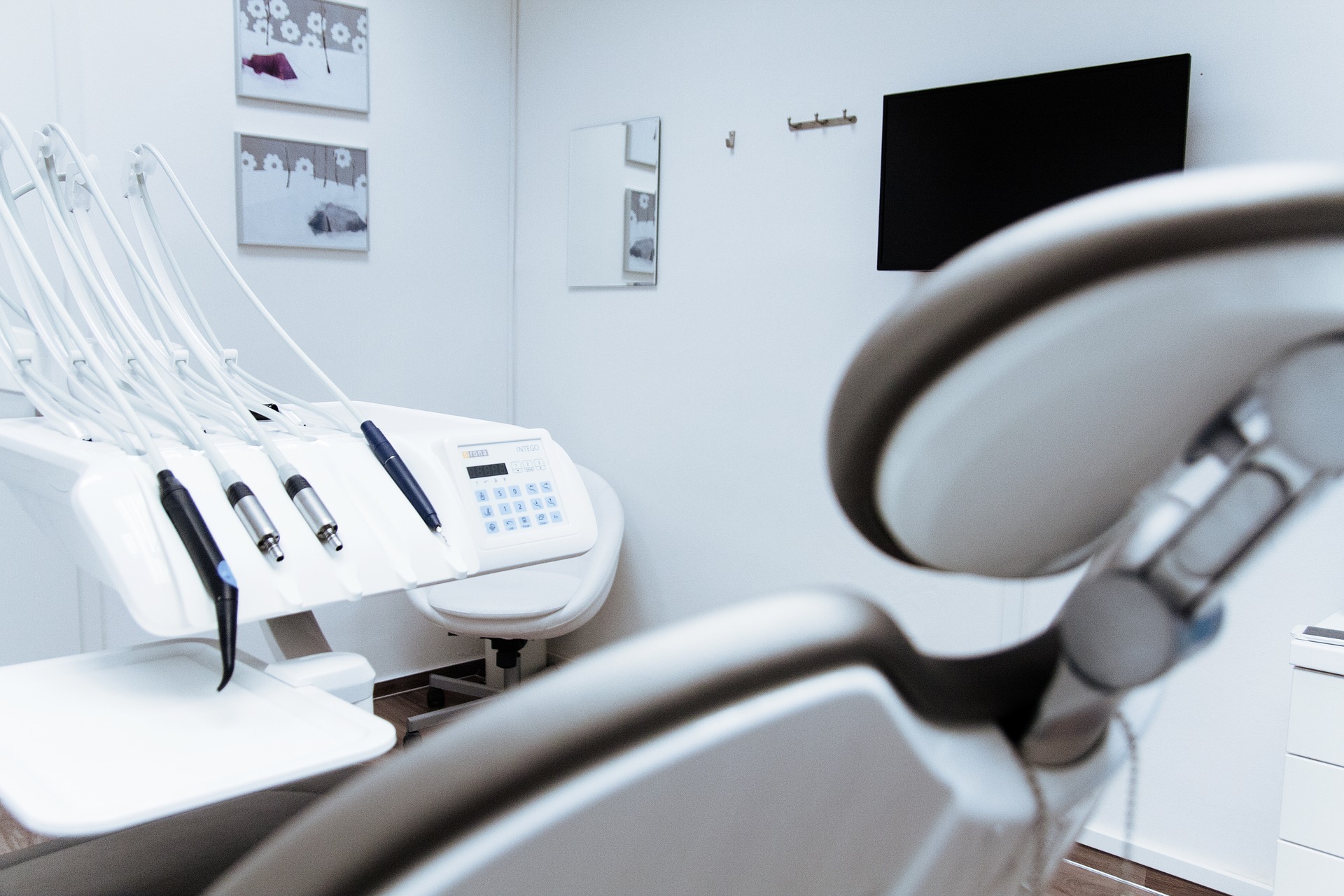 In this spotlight feature, to coincide with National Dental Hygiene Month, we peer beneath the plaque to investigate what other – perhaps unexpected – health conditions are affected by poor dental health.

In 2010, researchers from New York University (NYU) concluded that there is a link between gum inflammation and Alzheimer’s disease, after reviewing 20 years of data on the association.

The American Dental Hygienists’ Association recommend that we should brush for 2 minutes, twice daily.

However, the number of participants in the NYU study was fairly small. The researchers analyzed data from 152 subjects enrolled in the Glostrop Aging Study – a study looking at psychological, medical and oral health in Danish men and women. The study spanned a 20-year period and ended in 1984, when the subjects were all over the age of 70.

Study participants were nine times more likely to have a score in the lower range of the cognitive test – the “digit symbol test” (DST) – if they had inflammation of the gums.

Although this study took into account potentially confounding factors like obesity, cigarette smoking and tooth loss unrelated to gum inflammation, there was still a strong association between low DST score and gum inflammation.

In 2013, UK-based researchers from the University of Central Lancashire (UCLan) built on the findings of this study, by comparing brain samples from 10 living patients with Alzheimer’s with 10 brain samples from people who did not have the disease.

Analysis showed that a bacterium – Porphyromonas gingivalis – was present in the Alzheimer’s brain samples but not in the samples from the brains of people who did not have Alzheimer’s. What was interesting was that P. gingivalis is usually associated with chronic gum disease.

The team followed up this research in 2014 with a new mouse study, the results of which were published in the Journal of Alzheimer’s Disease. Medical News Today spoke to co-author Dr. Sim K. Singhrao regarding the findings.

Dr. Singhrao says that there is sufficient scientific evidence to show that two of the three gum disease-causing bacteria are capable of motion (or “motile”) and have been consistently found in brain tissue.

“These motile bacteria can leave the mouth and enter the brain via two main routes,” he explains. “They can use their movement capability to directly enter the brain. One of the paths taken is to crawl up the nerves that connect the brain and the roots of teeth. The other path is indirect entry into the brain via the blood circulation system.”

In a patient who has bleeding gums, says Dr. Singharo, the gum disease-causing bacteria will enter the blood stream every time they clean their mouth and even when they eat food.

“P. gingivalis is particularly interesting as it has found ways to hitch a lift from red blood cells when in the blood stream and instead of getting ‘off the red blood cell bus’ in the spleen, they choose to get off in the brain at an area where there are no immune checkpoints. From there, they spread to the brain at their will. In addition, in older individuals, the blood vessels tend to enlarge and become leaky.”

“The published work confirmed P. gingivalis placed in the mouths of mice finds its way to the brain once gum disease becomes established first,” Dr. Singhrao concludes. “Furthermore, our hypothesis is strengthened by the recent results demonstrating that the chemicals released by the brain’s immune system in response to P. gingivalis reaching the brain ‘inadvertently’ damage functional neurons in the area of the brain related to memory.”

A research team from Harvard School of Public Health in Boston, MA, were the first to report strong evidence on a link between gum disease and pancreatic cancer, back in 2007.

Researchers are unable to prove whether the periodontitis bacteria are a cause or result of pancreatic cancer – current research can only prove that the two are linked.

The type of gum inflammation associated with pancreatic cancer in the study was periodontitis, which affects the tissue that support the teeth and can cause loss of bone around the base of the teeth.

The other main kind of gum disease – gingivitis; where the tissue around the teeth becomes inflamed – was not linked to increased cancerrisk. However, gingivitis can lead to periodontitis if persistent. Gingivitis happens when bacteria in the plaque around the base of the teeth build up due to bad dental hygiene.

Examining data on gum disease from the Health Professionals Follow-Up Study, which involved a cohort of more than 51,000 men and began collecting data in 1986, the Harvard researchers found that men with a history of gum disease had a 64% increased risk of pancreatic cancer compared with men who had never had gum disease.

The greatest risk for pancreatic cancer among this group was in men with recent tooth loss. However, the study was unable to find links between other types of oral health problems – such as tooth decay – and pancreatic cancer.

The researchers suggest that there may be a link between high levels of carcinogenic compounds found in the mouths of people with gum disease and pancreatic cancer risk. They argue that these compounds – called nitrosamines – may react to the digestive chemicals in the gut in a way that creates an environment favorable to the development of pancreatic cancer.

However, a follow-up study from the team in 2012 was unable to prove whether the periodontitis bacteria are a cause or result of pancreatic cancer – the study could only prove that the two were linked.

“This is not an established risk factor,” admitted author Dominique Michaud. “But I feel more confident that something is going on. It’s something we need to understand better.”

Perhaps more well established is the association between dental hygiene and heart disease.

“The mouth is probably the dirtiest place in the human body,” said Dr. Steve Kerrigan.

In 2008, MNT reported on research from joint teams at the University of Bristol in the UK and the Royal College of Surgeons in Dublin, Ireland, who found that people with bleeding gums from poor dental hygiene could be increasing their risk of heart disease.

The researchers found that heart disease risk increased because – in people who have bleeding gums – bacteria from the mouth is able to enter the bloodstream and stick to platelets, which can then form blood clots, interrupting the flow of blood to the heart and triggering a heart attack.

“The mouth is probably the dirtiest place in the human body,” said Dr. Steve Kerrigan from the Royal College of Surgeons, explaining that there are up to 700 different types of bacteria co-existing in our mouths.

Prof. Howard Jenkinson, from the University of Bristol, added:

“Cardiovascular disease is currently the biggest killer in the western world. Oral bacteria such as Streptococcus gordonii and Streptococcus sanguinis are common infecting agents, and we now recognise that bacterial infections are an independent risk factor for heart diseases.”

The Bristol University researchers investigated how the bacteria interact with platelets by mimicking the pressure inside the blood vessels and the heart. Prof. Jenkinson’s team found that the bacteria use the platelets as a defense mechanism.

By clumping the platelets together, the bacteria are able to completely surround themselves. This platelet armor shields the bacteria from attack by immune cells and makes them less detectable to antibiotics.

Although some of the associations we have looked at in this spotlight feature are still under investigation, good dental hygiene remains important for lowering risk of a variety of conditions.

The American Dental Hygienists’ Association (ADHA) recommend that we should brush for 2 minutes, twice daily. The ADHA guidelines also stress the importance of flossing daily and rinsing with mouthwash.