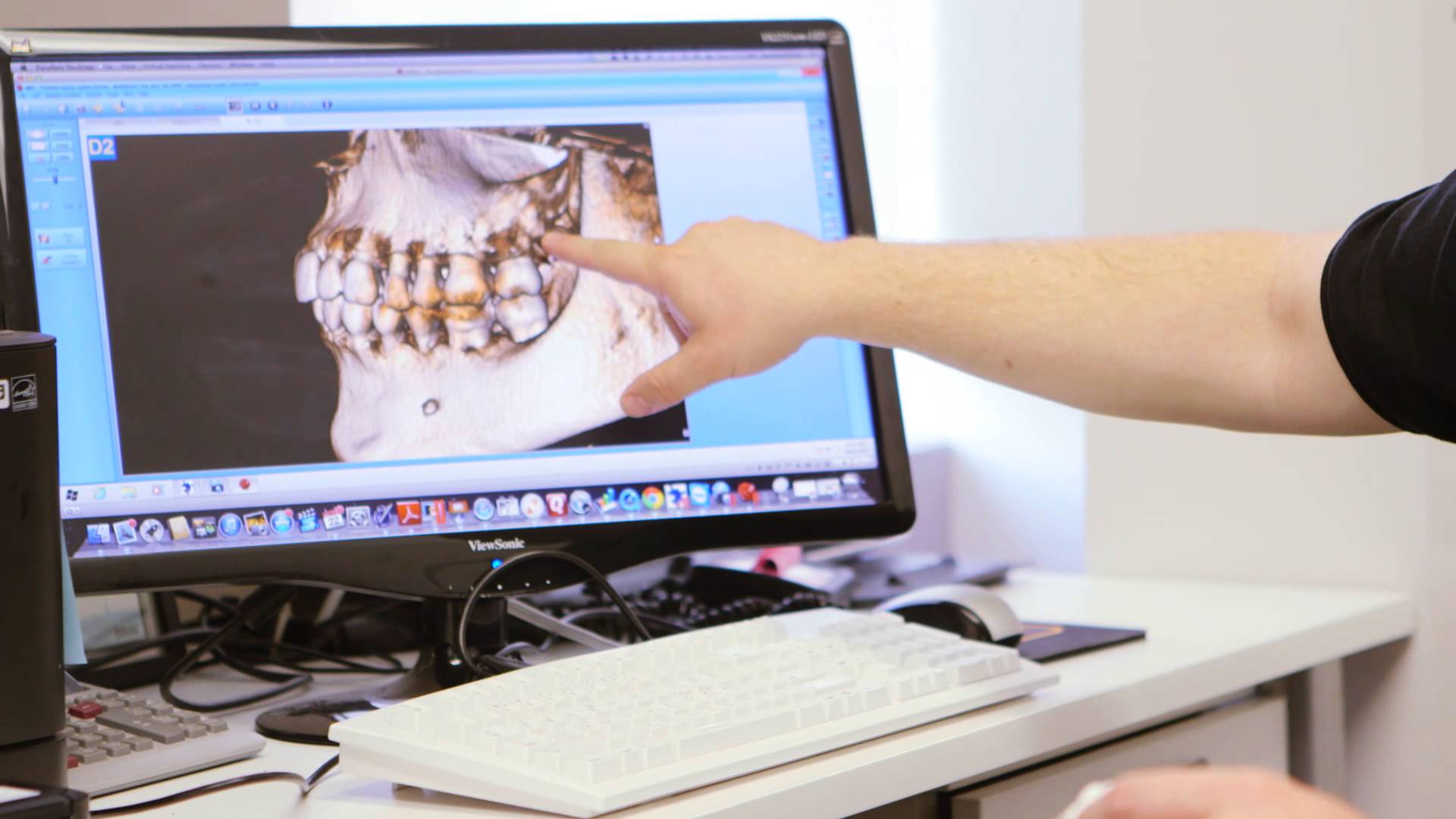 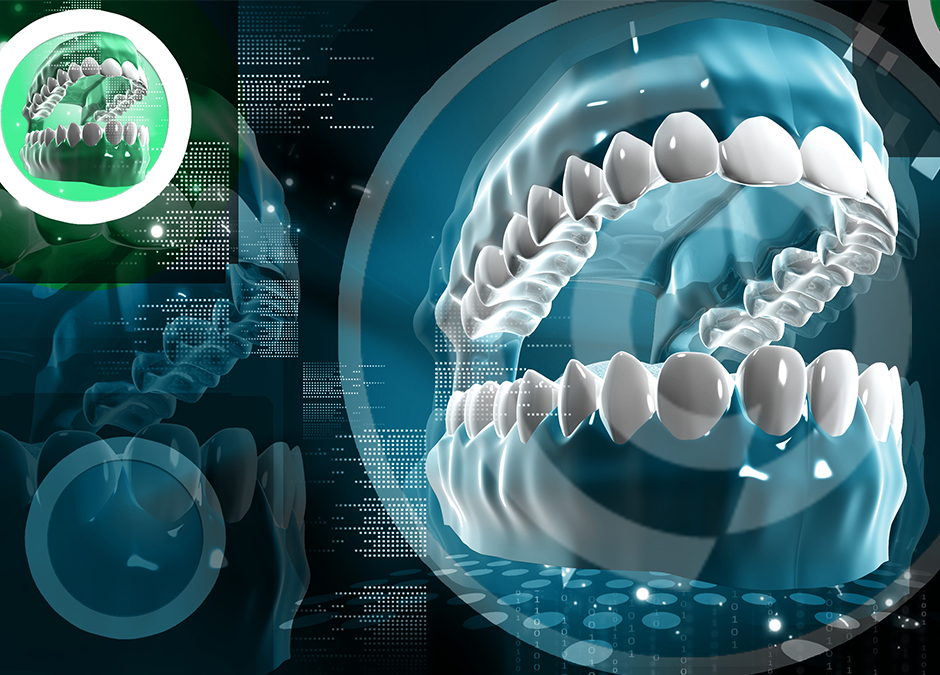 No one likes going to the dentist. The American Dental Association lists cost, fear, and lack of Medicaid coverage as some of the main reasons why American adults forgo dental care. Meanwhile in China, there are different problems with dentistry – mainly that aren’t enough qualified dentists to serve the needs of 400 million patients seeking dental care. For those afflicted with the first world problemknown as fear of dentists, the root cause of said  “fear” is the fact that we’re still sticking drills and needles in people’s mouths and that isht hurts. If only technology could bring dentistry out of the stone ages and into the modern ages. As it turns out, there’s quite a bit happening in the world of dental technology. We’ve found eight promising dental technology startups for you to peruse on your smartphone while sitting in the dental chair of pain and suffering.

We’ve taken a look before at 10 robots being used in surgery, and now we’ve found at least one being used in dental surgeries. Founded in 2012, Florida startup Neocis has raised $17.4 million to develop a dental implant assistance robot called Yomi. One of their first investors was entrepreneur Fred Moll who co-founded the most well known robotic surgery company today, Intuitive Surgical (NASDAQ:ISRG). Yomi is an integrated system that plans the treatment, monitors the patient, and helps the dentist be more precise.

It starts with a CT scan of the jaw that helps determine the optimal location for the implant, then provides on-screen guidance during the surgery. The attached robotic arm guides the dentist’s movements so they exactly match the treatment plan. The result is a minimally invasive procedure that leads to faster recovery. Neocis received FDA clearance in March 2017 and signed its first client in Florida the same month.

Founded in 2013, Silicon Valley startup Carbon has raised $422 millionso far. Their Series D funding netted the company $200 million by the end of last year, making Carbon the most funded 3D printing startup of 2017.  This latest round of funding (which included Sequoia Capital, Fidelity and Baillie Gifford) will be used to expand the technology into new categories – like consumer electronics, medical and dental – that are already popular applications for 3D printing.

Carbon claims their technology lowers costs by 12-25% and increases production turnaround by up to 40% for dental practices, which results in better cost management and happier clients. The company has announced partnerships with dental specialists DENTCA and DREVE to manufacture special resins for dentures, artificial gums and dental impression trays. These collaborations will give the company a strong position in the competitive space of dental applications for 3D printing.

Founded in 1994, Birmingham, Alabama startup BioHorizons has raised $64 million to develop titanium dental implants with a longer lifespan. The surface of these implants (the part where they connect to the gums and bone) is treated with a laser to create a texture that encourages the body to accept and incorporate the implant. The result is less bone loss and gum downgrowth compared to traditional methods.

Besides these implants coming with lifetime warranty, BioHorizons offers gum and bone grafting solutions. Based on donated processed tissue, these regrow gum or bone without the need to surgically extract the patient’s own tissue for the same purpose. These methods are already accessible for dentists and are supported by in-depth clinical research published on the company website. Last year, the company entered the German market by signing an exclusive distribution agreement with Camlog, a German provider for restorative dentistry. Interestingly, BioHorizons applied for an IPO on Nasdaq back in 2012 but withdrew the application a few months after their second successful funding round. Maybe they’ll revisit this plan to finance international expansion.

3D Mapping for a Hollywood Smile

Founded in 1998, Texas startup OraMetrix has raised $80 million to develop a 3D mapping technology that improves the quality of orthodontic care (i.e. wearing braces). Their Suresmile system maps the patient’s jaw and simulates tooth movement over the course of the treatment to come up with the perfect bracket placement. The end result is a treatment that takes ~30% less time as seen in the below example:

The system uses robots to create customized archwires that connect brackets to form the final braces. Patients of Suresmile dentists are promised less visits for wire changes, a shorter treatment period, and a final result that’s more precise. As for cost, the difference is in hundreds of dollars, not thousands. OraMetrix received FDA clearance in 2000, and has expanded its presence to most of Western Europe, Australia, Japan, Canada and the United States. One competing solution we came across is the Unitek product line being offered by 3M (NYSE:MMM).

Shake it up, Baby

Founded in 2007, Houston, Texas startup AcceleDent (a.k.a. OrthoAccel) has raised $63 million to develop a technology that speeds up orthodontic treatment by up to 50% and reduces accompanying pain. With braces, teeth move through a process called bone remodeling. Force applied to the teeth mobilizes bone cells around the roots and changes the surrounding bone structure. This is what enables orthodontists to guide tooth movement. AcceleDent speeds up the process by up to 50% by applying gentle vibrations to the jaw, which increases cellular activity and speeds up bone remodeling.

The technology is compatible with all types of braces and works as an add-on for people already receiving orthodontic treatment. AcceleDent Optima, the company’s third generation product, received FDA clearance in May 2017 and is available by prescription through orthodontists. It takes about 20 minutes a day to use and exerts up to 8x less force than a power toothbrush and 200x less force than ordinary chewing.

Founded in 2006, Laguna Hills, California startup Sonendo has raised $170 million to develop an efficient and long-lasting root canal treatment. When the inside of a tooth called pulp becomes inflamed or infected, it needs to be removed, and the resulting cavity has to be cleaned and disinfected. Traditional treatments use a series of files to reach inside the tooth and mechanically remove infected tissue. These files can’t reach all the twists, turns and microscopic places along the canal walls where bacteria hide, increasing the risk of renewed infection and repeated procedures.

Sonendo’s GentleWave technology injects a vortex of fluids into the tooth canal and uses sound waves to clean debris and thoroughly disinfect the cavity. Unlike ultrasound which is single frequency, this tool delivers various wavelengths ranging from large (tissue scale) to small (cellular scale). Backed by clinical research and positive user testimonials, Sonendo currently offers the fourth generation of their root canal treatment system to US dental practices.

Founded in 2006, Colorado startup St. Renatus has raised $14.7 million in funding to develop a dental anesthetic administered through the nose. (As it turns out, St. Renatus is the patron saint of people who don’t like someone sticking a giant fcuking needle in their mouth.) The anesthetic, called Kovanaze, is a simple nasal spray and works for the frontal part of the upper jaw excluding the three teeth in the back on each side.

Besides alleviating patients’ fear and discomfort caused by needles, the spray is helpful during cosmetic procedures as it doesn’t numb the lips. This way, dentists can evaluate smiles during all stages of the treatment. After 10 years of development, Kovanaze received FDA approval in 2016 and was launched on the market early 2017. It seems to be popular among practitioners as most most places we checked listed Kovanaze as ‘out of stock’ at the moment.

AI in Your Toothbrush

Founded in 2013, French startup Kolibree has raised $5.7 million to develop intelligent toothbrushes for kids and adults. These brushes are equipped with a host of technologies to provide the best preventive care for your teeth. 3D mapping of the jaw determines which spots the user misses regularly. Sonic vibrations enhance cleaning. A connected app “with AI” analyzes brushing habits and coaches the user. The kids’ version also has a smartphone game attached it so life is about to get a whole lot easier.

Dentists can access their own app that monitors brushing habits of patients and flags the ones at risk. Kolibree presented a new augmented reality game & toothbrush combo for kids at CES 2018 which involves fighting an evil monster who wants to spread cavities. The new product should hit the shelves this year and will be priced around $30, but in the meantime you can go for the original electric one for $150 today on Amazon.

Even newer dental technologies are on their way involving things like nanorobots, X-ray alternatives, and self-healing cavities just to name a few. While these cutting edge university research projects are being developed, the above technologies are already on the market making dental treatment more accessible. Maybe soon, fear of going to the dentist will be a thing of the past.